At least 150 eagles were killed by a wind energy business, which admitted its guilt in court. 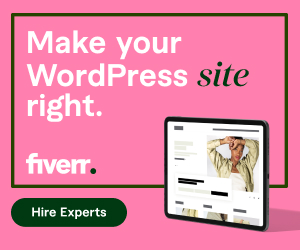 Numerous migratory birds were killed by turbine blades owned by ESI Energy, in violation of the Migratory Bird Treaty Act.

At least 150 bald and golden eagles were killed at wind farms operated by a US wind energy company. The company was fined $8 million.

ESI Energy admitted to three violations of the Migratory Bird Treaty Act and was sentenced to five years probation.

“ESI … acknowledged that at least 150 bald and golden eagles have died in total since 2012, across 50 of its 154 wind energy facilities. 136 of those deaths have been affirmatively determined to be attributable to the eagle being struck by a wind turbine blade,” the Department of Justice said.

Prosecutors believe that ESI is to blame for the:

“documented deaths of golden eagles due to blunt force trauma from being struck by a wind turbine blade at a particular facility in Wyoming or New Mexico, where ESI had not applied for the necessary permits”.

The corporation intends to spend up to $27 million on steps to reduce the number of eagle fatalities and injuries that occur.

ESI will also implement “payment of compensatory mitigation for future eagle deaths and injuries of $29,623 per ball or golden eagle”.

In addition, ESI will be compelled to file for licences for “any unavoidable take of eagles” at each of its 50 documented facilities within the following 36 months.

As per the Migratory Bird Treaty Act,

“take” is defined to mean “pursue, hunt, shoot, wound, kill, trap, capture or collect”, or attempt to do so.

“The justice department will enforce the nation’s wildlife laws to promote Congress’s purposes, including ensuring sustainable populations of bald and golden eagles, and to promote fair competition for companies that comply,” said Todd Kim, assistant attorney general in the DoJ’s Environment and Natural Resources Division.

“For more than a decade,” he added, “ESI has violated those laws, taking eagles without obtaining or even seeking the necessary permit. We are pleased to see ESI now commit to seeking such permits and ultimately ceasing such violations.”

According to the facts of the case, ESI and its affiliates did not apply for any eagle take permits, or ETPs. Instead, federal authorities claim that the firm built and operated facilities that it knew would be used to capture eagles.

ESI has fought back against the federal government’s policies and defended its conduct.

A statement released by Rebecca Kujawa, president of parent company NextEra, said: “We disagree with the government’s underlying enforcement policy, which under most circumstances makes building and operating a wind farm into which certain birds may accidentally fly a violation of the Migratory Bird Treaty Act (MBTA) – even when the wind farm was developed and sited in a way that sought to avoid avian wildlife collisions.”

She went on to criticize the federal government, arguing that it has “sought to criminalize unavoidable accidents related to collisions of birds into turbines”.

The article discusses the death of at least 150 bald and golden eagles at wind farms operated by US company ESI Energy.

As a result, the company has been fined $8 million and sentenced to five years probation for three violations of the Migratory Bird Treaty Act.

The author summarises the case against ESI Energy and highlights some key points from the company’s response.

I was shocked to learn that so many eagles had died at ESI Energy’s wind farms.

It’s terrible to think of all those majestic birds being killed in a preventable way.

I hope that the company takes steps to improve its operations and prevent future deaths.

What do you think about this case?

Do you think that ESI Energy is to blame for the deaths of the eagles?