China has accelerated its ambition to put a solar power plant in orbit that will beam energy back to Earth in two years. 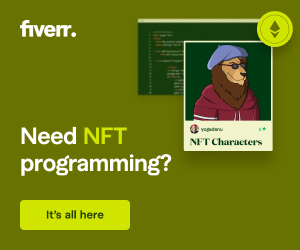 More than two decades ago, NASA suggested an energy project of a similar nature. Still, they never implemented it.

The UK government-commissioned independent studies to justify a £16 billion British equivalent in orbit by 2035.

As part of China’s plan, a trial satellite will be launched in 2028 to test the technology required to transmit energy from the power plant at a distance of about 400 kilometers (248 miles).

Satellites that convert solar energy into microwaves or lasers and then direct the beams to various destinations, including fixed places on Earth and moving satellites, are being developed in China.

The intentions were laid out in a peer-reviewed publication published in the Chinese Space Science and Technology journal.

Satellites in geosynchronous orbit receive sunshine more than 99 percent of the time and at a significantly higher intensity than solar panels on Earth, according to research financed by the UK.

According to UK-funded research, the concept is to “gather this copious solar power in orbit and beam it securely to a fixed point” on Earth.

Alternatively, these beams might be used “either as an energy export, or as part of our international development contribution, or to support humanitarian crises.”

Compared with terrestrial renewable energy sources, orbiting solar power plants would be capable of delivering energy to Earth anytime and in any weather.

However, Professor Dong Shiwei, the Chinese paper’s author, says there are still substantial engineering hurdles to be solved.

An antenna that could be thousands of meters long is required to transmit high-powered microwaves across large distances.

Solar winds and gravity could interfere with the energy transfer, making it complicated.

According to the report, Chinese demand increased the last year compared to this year by 13%.

An orbiting solar power space station would be constructed in four stages. First, when China launches its second nuclear power plant into geosynchronous orbit in 2030, it will do it two years after the first.

By 2035, the larger power plant will be able to distribute 10 megawatts to “select military and civilian users” in addition to the test station’s 10-kilowatt power production.

There will be enough progress in technology and size by 2050 to allow the station to produce two gigawatts of power, which would be enough to control most of the UK’s terrestrial power plants.

This means that the outposts will be profitable.

When China’s Ministry of Science and Technology announced intentions to create “ultra-large” spacecraft, which could be miles wide, last year, many people were surprised.

The International Space Station (ISS) took more than a decade to complete and required 40 assembly trips.

However, China’s National Natural Science Foundation has planned massive projects that would dwarf the ISS, which is only 357 feet long and may take decades or even centuries to create.

The NSFC describes these structures as “important strategic aeronautical equipment for the future exploitation of space resources, research of cosmic mysteries, and long-term settlement in orbit.”