After allegations that a little-known Chinese company at the center of the solar energy supply chain used forced labor in the Xinjiang area, the United States imposed sanctions on commerce with the firm around a year ago. 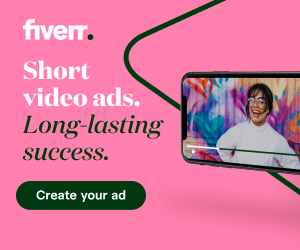 Consequences arose quickly and stuck around, with strained relations between the two countries and widespread turmoil in the US solar business.

Unfortunately, the economic and policy goals the sanctions were meant to achieve have not been realized.

Since the ban was issued, shares of Hoshine Silicon Industry Co. have increased by 111%, and the founder, Luo Liguo, and his family have seen their wealth more than double.

In addition, the Luo family has invested $1 billion in Hoshine, which will expand the company’s activities in Xinjiang and solidify its position in the solar industry’s supply chain.

Even though new legislation extends a prohibition on products from Xinjiang, Hoshine continues to be successful, highlighting the limitations of US initiatives.

The Chinese firm is the world’s biggest manufacturer of industrial silicon, a critical component in the solar supply chain; the fall in US demand was more than offset by growing exports to Europe, which is eager to wean itself from Russian fossil fuels.

The United States did not restrict Hoshine’s ability to access American financial markets.

Two state-sponsored initiatives against Uyghurs and other minorities in Xinjiang have been linked to Hoshine.

More than a million Chinese citizens were allegedly held in “training facilities,” where they were occasionally forced to perform labor for private enterprises.

The second is an initiative to relocate people from rural areas to urban manufacturing centers around the country. Both, according to China, are indistinguishable from forced labor.

The solar business has been under intense U.S. inspection for years, and the company isn’t the only supplier in the chain with ties to these initiatives.

Despite the effectiveness of the sanctions imposed on Xinjiang, Chinese firms dominate the industry to the point where it is more difficult for US buyers to find alternative suppliers than it is for Chinese manufacturers to sell to other markets, according to research published last month by James Cockayne, a former professor at the University of Nottingham.

“In that sense, the restrictions may be causing US buyers more grief than they’re giving Xinjiang producers,” Cockayne said by phone from Sydney.

Although forced labor rules hinder Hoshine, rising interest in the company is due to expectations of increased demand for its products in other regions.

Luo claimed in an April interview with a state-owned television station that he follows China’s policies to predict where the country’s economy will go in the future.

He told the Zhejiang broadcaster that he left the real estate industry and dove headfirst into the silicon industry over a decade ago because he “just believed in the government efforts.”

There is a need for high temperatures to refine the silicon contained in sand and rocks. Although Xinjiang is coal-rich, it is too remote from China’s coastal power plants to be of much value to the country’s most populous cities.

Hoshine’s industrial silicon operations are currently reduced by 3,700 yuan ($549) per tonne compared to purchasing electricity from the grid, thanks to local coal supplies and low energy rates.

About 15% of the metal’s current market price has been saved.

According to Beijing, these institutes aim to train workers for the expanding local businesses by imparting job and Chinese language skills and Communist Party ideology.

Some people were not supportive of the campaigns. A United Nations working group projected in 2019 that one million people have been “taken to detention facilities under cover of ‘counterterrorism and de-extremism’ programs since 2016.”

In late 2019 the Chinese government claimed that all camp residents had “graduated,” and the training facilities had been shut down due to an international outcry over the camps’ existence.

Researchers and activists claim that workers in Xinjiang have been forced to engage in the nationwide campaign due to the region’s volatile political climate and recent mass detentions.

Sheffield Hallam University researchers linked Hoshine to both initiatives in a paper published in June 2021.

The authors claim that some of the laborers detained at two internment camps in the same industrial park as one of Hoshine’s Xinjiang plants may have mined the quartz utilized by Hoshine in the production of silicon.

According to a blog post published by Hoshine, the company’s recruitment strategy is meant to facilitate the “transformation of surplus rural labor into industrial workers and urban dwellers, making them fresh combat warriors for industrialization, urbanization, and agricultural modernization.”

Officials in Zhejiang, Hoshine’s home province, praised the parent business in 2020 for helping to “fight against poverty, enable local people to boost employment and income, and encourage local industry upgrading” in Xinjiang.

Murphy stated that many prospective rural employees were unwilling to apply for jobs with the organization. Workers were quoted as saying, “We don’t have the skills, the interest, the language, and we have duties at home,” she claimed.

After the government repeatedly took away people’s resources, they were eventually coerced into working in Hoshine’s factory. Hoshine’s use of their words to convey these ideas contributed significantly to the depth of the stories.

In June of 2021, the Biden administration charged Hoshine with aiding and abetting the abuse.

U.S. firms were limited in their ability to sell commodities, software, and other forms of technology to the Chinese firm, and ports were directed to hold shipments containing any items created by the firm or its subsidiaries.

The US Customs and Border Protection looked into Hoshine and discovered evidence of forced labor, including threats, intimidation, and restrictions on workers’ freedom of movement.

However, the United States did not punish any particular members of the Luo family or cut off the company’s access to the US financial system.

The company at the time termed the US’ charge an “outright falsehood with ulterior motivations.” Still, neither Hoshine nor the Luo family responded to requests for comment on the sanctions or the business more generally for this story.

China’s foreign ministry called the US move “based on lies and distortion” and pledged to “take all necessary steps to safeguard the lawful rights and interests of Chinese firms fiercely.”

The solar energy business in the United States has been hit particularly hard. This is because making solar panels requires numerous processes, the first of which is Hoshine’s industrial silicon production.

After polysilicon has been shaped into bricks, sliced into thin square wafers, treated, and wired, it is ready to be integrated into the solar panels seen on the rooftops of suburban homes and in vast rural power plants.

Many exporters weren’t sure if their products contained silicon from Hoshine because the factory was so far off from the final panels.

Panels from the biggest businesses in the industry, all based in China, were being held up at US customs, and they had no way to show they weren’t.

Solar panel exports to the US also dropped precipitously once the sanctions were announced. From July 2021 through May 2022, they totaled $4.1 billion, down 24% from the same time the previous year.

Paula Mints, founder of the San Francisco-based solar research firm SPV Market Research, has said, “The US is just a challenging market,” citing penalties and an ongoing investigation into whether certain solar panel manufacturers have illegally dodged tariffs.

Hoshine had its best year since going public in 2017, while the US solar industry was in decline.

Last October, the price of industrial silicon increased by 300 percent due to a statewide coal shortage in China that drove firms in another area of the country to reduce output to save power amidst a wave of US sanctions affecting the solar supply chain.

Brazil, Japan, Australia, Germany, Spain, and the Netherlands were some of the top markets.

The market capitalization of Hoshine soared from around $9 billion in early June to almost $41 billion on September 14.

Even though the value of silicon and the company have fallen since then, the company’s stock has risen by 111% on the Shanghai Stock Exchange since the penalties were announced.

The company’s vice-chairman is Luo’s daughter, Hong Kong resident and native speaker Luo Yi. His son, Chinese national Luo Yedong, now serves as the company’s general manager, and the Yedong family’s wealth has increased along with the stock price.

The Luo family, including Luo and his offspring, owns 76% of Hoshine. Based on the Bloomberg Billionaires Index data, the family’s net worth is around $12.8 billion when collateral shares are considered.

The Xinjiang branch of the corporation is expanding. For example, Hoshine struck a deal with the Urumqi municipal administration to invest 35.5 billion yuan in various solar-related projects across the city.

According to an exchange filing, Luo’s daughter and son purchased 7 billion yuan shares in May at a discount to the stated price, a transaction intended to increase operating capital and liquidity.