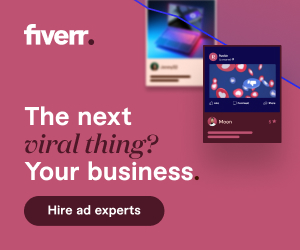 In this post, we’ll look at how much electricity ovens use and whether or not they are worth the cost. Table of Contents Show
1 Do Ovens Use A Lot Of Electricity?
2 How Much Does It Cost To Run An Oven For 2 Hours?
3 Does Oven Use More Electricity Than Stove Top?
4 Electric Stove
5 Convection Oven
6 Toaster Ovens
7 Conclusion
8 FAQs
8.1 Is it cheaper to use the oven to heat the house?
8.2 What cooking appliance uses the least electricity?
8.3 How do I reduce my electric bill?
8.4 Does unplugging appliances save electricity?

Do Ovens Use A Lot Of Electricity?

Ovens are one of the most power-hungry appliances in the home, and they can account for a significant portion of your monthly electricity bill.

A standard electric oven uses about 3,000 watts of power. So if your electricity rate is $0.10 per kilowatt-hour (kWh), it will cost you 30 cents per hour at high heat.

Your electricity costs quickly increase if you use your oven multiple times per day or frequently bake for large crowds.

There are a few ways to manage these costs. One is to use your oven less often or cook multiple items at once to utilize the heat already being generated entirely.

Another is to invest in a more energy-efficient oven. Today’s models are designed to reduce energy consumption, and they can help you save money on your monthly bills.

By making a few simple changes, you can keep your oven running efficiently and keep your energy costs under control. How Much Does It Cost To Run An Oven For 2 Hours?

You could use this time to bake a cake or cook a casserole. However, something small like cookies would only take around half an hour to bake, which would cost you 15 cents.

Bigger items like turkeys can take several hours to cook through, so be mindful of how long your oven runs if you’re trying to save on your electricity bill. Does Oven Use More Electricity Than Stove Top?

According to the U.S. Department of Energy, ovens use more energy than stoves. 2 hours of stovetop cooking can cost you about $0.36 in electricity. So the exact amount of time in the oven will cost you about $0.54.

While stovetops are less expensive to operate, they also have some drawbacks. For example, stovetops can leak heat into the kitchen, making it warmer and requiring more electricity to cool the space down again.

On the other hand, Ovens are much better insulated, so they don’t lose as much heat. In addition, ovens can be used for tasks like baking and roasting that aren’t possible with a stovetop.

So, if you’re looking to save on energy costs, it’s best to use your stovetop for simple tasks and reserve your oven for more complex recipes.

An electric stove is a kitchen appliance typically used to cook food. Electric stoves are powered by electricity and use less energy than other stoves, making them energy-efficient.

The amount of electricity an electric stove uses depends on the heat setting and how long it is used.

Their average electricity consumption is between 1 and 2 kilowatts per hour. This means that the average cost to operate one is between $0.10 and $0.20 per hour.

Electric stoves are a better energy-efficient option than gas stoves, and they can help reduce your overall energy consumption and lower your monthly energy bills. A convection oven is an oven that uses circulating hot air for cooking. Convection ovens are available in gas and electric models.

Convection ovens cook faster than conventional ovens because they draw air from the heating element and circulate it around the food.

This allows the food to be cooked evenly at lower temperatures. In addition, most electric ovens have a convection setting that you can use for baking, roasting, and broiling.

When using the convection setting, reducing the cooking temperature by 25 degrees Fahrenheit is necessary to prevent the food from overcooking.

A toaster oven is a small electrical appliance designed to toast bread and bake simple foods.

Toaster ovens are convenient for cooking small meals because they heat up quickly and save energy than a conventional electric oven.

The average power consumption of a toaster oven during use is 1,200 to 1,400 watts, which is about 1/3-1/2 less than the electricity used by a standard electric range.

Based on the national average price of 25.59 cents per kWh of electricity in California, a toaster oven will cost between 3.07 and 3.58 cents p/h.

The power consumption can vary depending on the size and features of the oven, but all toaster ovens have two heating elements – one on the top and one on the bottom – that can be controlled independently. If you are looking for an oven that doesn’t use as much electricity, you can choose several options.

It’s essential to be mindful of your oven usage and take advantage of the tips above to save on your electricity bill.

Have you tried any of these tips for reducing your oven’s energy consumption?

If not, start using them today and see how much money you can save!

Is it cheaper to use the oven to heat the house?

Using an electric oven is more expensive than using more compact heating. The more power you use, the more money you’ll spend on electricity, so this isn’t the most economical choice. The electric oven should only be a last resort to warm the house.

Slow cookers are one of the most energy-efficient kitchen appliances available. They use only 200 watts of electricity, less than one-tenth of what some electric ovens draw.

They work by slowly and evenly heating food, which helps to preserve its nutrients and flavor. In addition, slow cookers are very versatile and can be used to prepare a wide variety of dishes.

Whether you’re looking to make a hearty stew or a simple soup, a slow cooker can help you create a delicious and healthy meal with minimal effort.

So if you’re looking to save energy in the kitchen, don’t overlook the humble slow cooker.

How do I reduce my electric bill?

There are several easy and effective ways to reduce your energy usage. You can check for leaks around windows, doors, and devices and seal up any gaps.

You can also improve the efficiency of your home’s hot and cold systems by fixing leaky ductwork and adjusting your thermostat.

Setting your fridge and freezer to the correct temperature in the kitchen can help save on electricity by taking shorter showers and replacing your showerhead with a low-flow model.

When doing laundry, opt for cold water whenever possible. And throughout the house, fix leaky faucets and keep an eye on the temperature of your water heater.

If it’s time for a new device, look for models with a good power rating that can save you money in the long run.

You may also be able to lower your energy usage by taking advantage of discounted rates or special programs offered by your utility company.

Does unplugging appliances save electricity?

Though often little thought is given to it, plugged-in devices still consume energy even when not in use.

This psychology is called phantom energy loss, where household devices appear to draw no energy when switched off because individuals cannot see or hear them running.

The Department of Energy estimates that unplugging devices can save homeowners up to 10% on their monthly electricity usage.

The DOE also estimates that the average U.S. home wastes $100 to $200 worth of energy a year from devices left plugged in.

While this number may seem small, the cumulative effect of phantom energy loss on the U.S. is costly.

Home Energy magazine reports that this type of wasted electricity amounts to the output of more than 30 large power plants annually.

Save money and conserve resources by making it a habit to unplug devices that are not in use. Your wallet and the environment will thank you.

Does the oven or stove use more electricity?

According to a new study, an electric burner heats a mug of water 25 percent more efficiently than an average microwave oven. However, depending on the gas price, a gas stove may be less expensive than a microwave to heat a cup of coffee. This is because gas stoves use more energy and are less efficient.