As homeowners, we’re always looking for ways to save on our energy bills. One option that’s becoming more and more popular is installing a solar panel system. 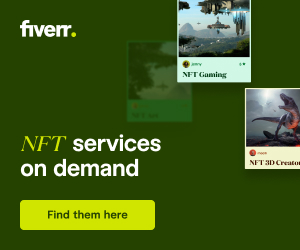 But do solar panels work under trees? And if so, how do you go about it?

Keep reading to find out! Do Solar Panels Work Under Trees??

It’s no secret that solar power is a growing industry. As more and more homeowners are looking for ways to produce clean electricity, solar systems are becoming increasingly popular.

But could trees interfere with solar panels?

The short answer is yes; trees can impact solar power production. For example, if a few trees are shading one panel, it can reduce the amount of electricity that panel produces.

And if trees surround a house, it may not be able to take advantage of solar power. With that said, there are a few things to keep in mind.

First, not all trees are created equal. For example, a tree that loses its leaves in the winter will have less of an impact on solar production than a tree with leaves all year round.

Second, it’s important to remember that solar panels need direct sun to produce energy. So even a little bit of shading can reduce output.

Finally, it’s worth noting that the size of your solar system also matters. A minor system will be less affected by shading than a larger one.

Trees can impact solar power production. But there are a few things to keep in mind before you start chopping down branches.

First, it’s important to remember that not all trees are created equal.

Secondly, while shading can reduce output, it’s important to remember that solar panels need direct sun to produce energy—so even a little bit of light can make a difference.

Finally, the size of your solar system also matters; a minor system will be less impacted by shading than a larger one.

In other words, before you invest in a solar power system, it’s essential to do your research and consult with a qualified professional to determine if trees could potentially interfere with your investment.

After all, when it comes to solar power, any savings counts!

Do Solar Panels Still Work In The Shade?

Even if solar panels are shaded, they can still be used at a reduced rate. It’s because solar panels need to be exposed to sunlight to produce energy.

Shaded solar panels can benefit from a power-optimizing or micro-inverter system.

More expensive than a regular string inverter, these alternatives have the potential to increase electricity generation (and, therefore, more significant long-term savings).

Shade-tolerant solar panels are the next wave of solar energy production. They are more efficient than traditional panels and can produce more power in less sun.

Shade-tolerant panels are quieter and have no moving parts, making them easier to install and maintain.

And because they are more efficient, shade-tolerant panels cost less.

Shade-tolerant solar panels are ideal for homes and businesses surrounded by trees or other obstructions that block direct sunlight.

And because they can be mounted on roofs or ground-mounted, shade-tolerant solar panels can be installed in various locations.

Optivolt’s new Thin Mint solar panels are some of the most efficient on the market, with an efficiency of 98%.

These panels are perfect for shaded locations, as they can still produce electricity even when not in full sun.

The company also offers a variety of sizes to fit any system, from micro-solars for individual homes to large solar farms.

In addition to being more efficient, Optivolt’s panels also come with a 25-year warranty.

Solar power is one of the most promising renewable energy sources, as it is widely available and does not produce harmful emissions.

However, traditional solar panels are often less effective in shaded locations or with trees surrounding the house.

Optivolt’s new Thin Mint solar panels are designed to be more efficient in these conditions, as they can still produce electricity even when not in full sun.

The company offers a variety of sizes to fit any system, from micro-solars for individual homes to large solar farms.

In addition to being more efficient, Optivolt’s panels also come with a 25-year warranty. This makes them an ideal option for switching to solar power.

If you are considering solar panel installation, ask your solar installer about the benefits of shade-tolerant panels.

And be sure to check the warranty on your solar panels to ensure they are covered for partial shading.

With the right solar panel system, you can save money on your electric bill and do your part to protect the environment. Will A Solar Panel Work In The Woods?

The simple answer is yes – solar panels will work in the woods. However, a few things to keep in mind to get the most out of your system.

First, trees can create shade, reducing the sunlight that hits the solar panels.

Second, leaves and other debris can collect on the panels, blocking some of the sunlight.

For these reasons, it is essential to place solar panels in an open area with southern exposure and to keep them clean.

With proper placement and maintenance, solar panels can be an effective way to generate power in the woods.

How Far Should Trees Be From Solar Panels?

To maximize energy production from your rooftop solar panels, they should be installed as far away from nearby trees as possible. Shade from trees can lessen the output of solar panels, limiting the energy they generate.

Since the sun is lower in the sky during the winter, tree shadows are longer and can cast a wider area of darkness.

Solar panels should be installed at a distance from trees at least as great as the tree’s winter shadow duration to maximize sunlight throughout the year.

Solar panels can function in low-light conditions, although their output will be lower.

While they can still produce electricity from photons in indirect sunlight, the output will be lower than if exposed directly to the sun.

Solar panels perform best when exposed to sunshine for at least four hours daily. However, solar panels can still function in shady or gloomy conditions.

The amount of electricity generated, however, will decrease. As a bonus, solar batteries can store any surplus energy for later use.

That way, the panels can still produce electricity even if the sky is overcast. Even though it’s only three by two feet in size, the current prototype can supply enough power to charge two phones every day.

AuREUS could make it possible for buildings to generate all their electricity when implemented on a larger scale.

Because of its adaptability and scalability, this technology has many possible uses.

It’s a breakthrough in renewable energy that might drastically alter how power is produced and consumed.

Clouds can be problematic because they block out some of the sun’s rays before reaching the solar panels’ surface, reducing their efficiency.

For this reason, their productivity is diminished during cloudy weather.

However, rain improves solar panel performance by washing away dirt and dust that may have accumulated.

Thus, solar panels can still generate some power, although their efficiency may be reduced.

Even if you reside in a location where clouds are frequently present, you can still use solar batteries to store energy for later use. Overall, solar panels can be a great way to generate power in the woods, but there are a few things to keep in mind to get the most out of your system.

First, trees can create shade, reducing the sunlight that hits the solar panels. Second, leaves and other debris can collect on the panels, reducing their efficiency.

And finally, solar panels work best when they’re exposed to direct sunlight for at least four hours a day. However, with proper placement and maintenance, solar panels can still be effective even in cloudy or shady conditions.

Thanks to new advances in solar panel technology, such as AuREUS, it’s now possible to generate power even when the sun isn’t out.