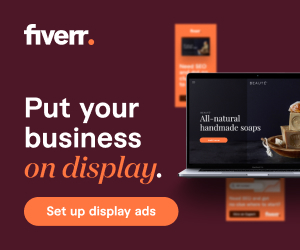 But how do wind turbines work?

In this blog post, we’ll look at the inner workings of a wind turbine and explore how it generates electricity from wind power.

You’ll better understand how wind turbines convert energy into usable power by the end of this post.

Wind turbines are a renewable source that converts kinetic energy from the wind into mechanical power.

This mechanical power is then used to turn a generator to create electricity. Wind turbines work when the wind blows, and speeds reach ten mph.

The rotor blades on a wind turbine are designed to capture the most wind possible. So as the wind blows across the turbine’s blades, they are forced downward.

The wind turbine nacelle is connected to the rotating shaft of the generator/alternator via a belt or gearbox. As the windmill blades turn, they

Wind turbines are a fast-growing energy source worldwide without releasing any greenhouse gases into the atmosphere.

How Does A Wind Turbine Work Step By Step

Horizontal-axis wind turbines are the most common type of windmill. They have a rotor that spins around a horizontal axis. These turbines are typically used for large-scale wind farms. Vertical-axis turbines are less common, but they are becoming more popular. These turbines have a rotor that spins around a vertical axis.

They don’t need to be pointed into the wind because of their design. They are also able to recover more wind energy than a horizontal-axis windmill. Wind power is one of the most cost-effective ways to generate electricity, and it also helps the US economy grow and become more competitive in the global marketplace.

As a clean fuel source, it emits no hazardous byproducts. In addition, because wind energy is renewable, you may use it continuously without posing a threat to the environment’s health.

You install them on existing farms or ranches to make things even more convenient and efficient.

One of the primary disadvantages of wind energy is that it can be unpredictable. Unlike fossil fuels, which can be extracted and burned consistently, wind energy depends on the weather.

Another disadvantage of wind energy is that it can threaten wildlife.

Spinning blades can decrease the population of birds and bats in an area.

In addition, wind turbines can lead to noise and visual pollution.

The noise of the blades spinning can be disruptive to humans and animals, and the large turbines can be an eyesore in some locations.

Finally, wind energy can be expensive to set up.

Even though operating costs are relatively low, the initial investment in turbines can be high.

As a result, a cost trade-off must be considered when evaluating wind energy.

You can trace the history of wind power back to the Chinese as early as 1500 B.C. They developed radar technology during World War I and II, and after WWII, it became a viable energy source.

Wind turbines are used in wind farms to generate large amounts of electrical power. Wind turbines can also provide mechanical power for other applications like pumping water or grinding grain.

How Does A Wind Turbine Generate Electricity

A windmill generator creates electricity when wind speeds reach ten mph or more; the rotor blades of the windmill capture the kinetic energy from the wind.

This kinetic energy is turned into mechanical power, which is then used to turn a generator that starts generating electricity.

A plant is an onshore wind farm that consists of many wind turbines. Utility-scale wind turbines range from a few hundred kilowatts to several megawatts.

An offshore wind farm is any wind farm that is in the sea.

Wind speeds over water are more significant than on land, and there is more space for turbines in deep waters away from shipping lanes, where most offshore wind power has been installed thus far

You can build offshore wind farms closer to load centers than land-based wind farms allowing the wind energy to be used directly.

Wind turbines work by harnessing the power of the wind. The wind turns the turbine blades, which in turn generate mechanical power.

This power is then used to create electrical energy, which you can distribute to homes and businesses through the electrical grid.

Wind turbines are an example of distributed energy resources, meaning they can be located anywhere there is wind flow and access to the electrical grid.

Wind plants are typically made up of many individual turbines grouped. The size of a wind plant depends on the amount of energy needed to meet customer demand.

The direction and speed of the wind influence how well a turbine works. Turbines should always face the wind for maximum efficiency.

How do wind turbines work without wind?

Without wind, wind turbines are useless. Wind turbines will stop producing electricity if there is not enough wind or no wind.

Why can’t wind turbines work all the time?

A lack of breeze is the most prevalent cause of turbines malfunctioning. Wind turbines typically require at least a 9-mile-per-hour sustained wind speed to function. Turbines are also shut down for routine maintenance and repairs by technicians.

Can windmills power a house?

Windmills can generate enough electricity to power a home. Even a single home can be powered for an entire year by the massive turbines at wind farms that generate so much power in a day.

How do bladeless wind turbines work?

A cylinder is mounted vertically using an elastic rod in bladeless technology. An alternator system generates power as the cylinder oscillates in response to the wind. In other words, it’s a wind turbine that’s not a wind turbine.

Do wind turbines get turned off in high winds?

They do indeed shut down in heavy winds when the anemometer measures wind speeds above 55 mph, which is the upper limit for their safety.

Wind speeds between seven and nine miles per hour are typical for most of them, while their maximum safety limit or cut-out speed is 55 miles per hour. However, this varies by manufacturer.

Alternating current is generated by the generator (AC). In large modern turbines, the most frequent way is to use a grid-connected, double-fed induction generator.