As the International Energy Agency has pointed out, China’s hegemony in the solar panel supply chain could impede the worldwide shift to cleaner energy sources. 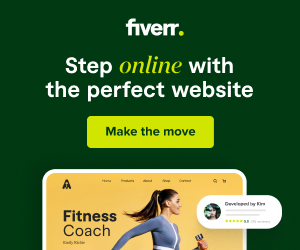 More than 80 percent of solar panel manufacturing is currently done by Chinese companies, according to a new analysis from the International Energy Agency (IEA). By 2025, that figure might rise to 95 percent.

“The globe will almost entirely rely on China for the supply of critical building blocks for solar panel production through 2025,” the agency stated in its research. Any global supply network would be highly vulnerable if this much power were concentrated in one place.

Commodity prices and supply chain bottlenecks have already pushed panel prices up 20% over the past year, resulting in delays in their delivery around the world, according to a new analysis.

Solar PV’s supply chain has a “significant weakness” that needs to be highlighted in this research to ” call for the governments for diversification, and to eliminate supply chain vulnerabilities,” IEA chief Fatih Birol said.

“It’s not just a geopolitical issue that puts solar panel supply chains in China in danger. In large buildings, a fire may break out. Floods can occur. Disruption in the solar PV supply chain has significant consequences for our clean energy transition and our energy security,” Birol added.

By 2050, the International Energy Agency (IEA) predicts that the world will achieve zero emissions. Thirty-three percent of worldwide electricity generation will come from this source by then.

Europe’s desire to reduce its dependence on Russian gas means that a faster transition to solar energy is a more severe problem for the EU. More than 320GW of solar PV is expected to be installed by 2025 and approximately 600GW by 2030 under the EU’s “RePowerEU” plan.

According to Birol, Europe needs to be prepared for a complete cutoff of Russian gas imports.

Countries and groups like the EU “require tailored investment policies” to encourage investments in solar panel production and create their supply chains, Birol added. According to the IEA’s chairman, China has a significant advantage in solar panel manufacturing due to lower energy and labor costs.

Some specific, quickly implementable policies that might be proposed to create a competitive edge vis-à-vis the low cost of manufacturing in China are: “Tax incentives for firms, establish manufacturing facilities in industry clusters to cut land cost,” Birol stated.

In addition, the survey stated that China’s Xinjiang province accounted for 40% of the global polysilicon production. Imports from China, including solar panel components, have been banned by the United States since the end of June in response to claims of rampant human rights breaches.

It was not included in the study, but it was said that “international cooperation on setting clear and transparent standards, taking into consideration environmental and social sustainability criteria” needs to be “strengthened” instead.