When looking to reduce your carbon footprint, it’s essential to consider all of the options for renewable energy sources. 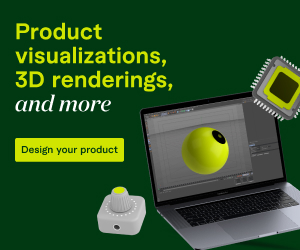 Some are more efficient than others, so it’s essential to do your research before deciding.

This blog post will look at some of the most efficient renewable energy sources available today.

We’ll also discuss the benefits and drawbacks of each one to make an informed decision about which is suitable for you. Renewable energy is a critical part of the fight against climate change, and you can harness several different sources to provide power.

Solar energy, for example, can be captured using photovoltaic panels, while geothermal energy comes from tapping into the heat of the earth.

Wind energy is generated by turbine blades spinning in the wind, and biomass can come from plant or animal material.

Hydropower is a renewable energy source that uses water to generate power, while hydro energy harnesses the power of moving water to create electricity.

These sources are renewable and can help reduce our reliance on fossil fuels.

Wind farms are typically composed of many wind turbines and can be found in locations with high wind speeds.

While wind energy is a clean and sustainable source of electricity, it does have some drawbacks.

One downside is that wind speeds can vary significantly from day to day, making it difficult to predict how much electricity will be generated.

In addition, wind turbines can be built only in certain areas, as they require a steady flow of wind to operate efficiently.

And finally, too much wind can damage wind turbines, making them less effective over time. Solar power is a renewable energy source that you can use to generate electricity or produce heat.

Solar panels collect solar energy and convert it into usable forms of energy like electricity or heat.

Solar power is considered a renewable energy source because the sun will continue to produce solar energy as long as it exists.

Solar power is a clean energy source, meaning it does not produce pollution or greenhouse gases.

Solar power is also a sustainable energy source, meaning you can use it without depleting the earth’s resources.

Solar power has many advantages, making it an increasingly popular choice for homes and businesses. Hydropower is created when water is used to drive a turbine, which powers an electric generator.

Hydroelectric plants typically have a high-efficiency rating, meaning that they convert a large amount of the water’s energy into electrical production.

In addition, hydroelectric power is carbon neutral, making it a renewable and sustainable energy source.

While hydroelectric power plants can significantly impact the environment, careful planning and design can minimize the negative impact.

For example, hydroelectric plants can be designed to release water slowly, which helps to prevent downstream erosion.

In addition, plant operators can take measures to protect fish and other aquatic life.

When properly managed, hydroelectric power can be a clean and efficient source of electrical production. Homeowners have a few different options when it comes to renewable energy. Solar panels are a popular choice, as they can generate electricity and help offset energy consumption.

However, solar panels only produce energy during the daytime, so homeowners will still need to rely on other energy sources at night.

Another option is to install a wind turbine. Wind turbines can generate electricity around the clock, but they require consistent windspeed to operate efficiently.

In general, solar panels are the most efficient way to generate renewable energy for a home.

Although environmental mitigation is essential for a greener future, making renewable energy more efficient is key to electric power reliability.

The original energy source for most electricity is thermal energy from the sun. Solar photovoltaic cells are currently the best technology to convert this energy into electricity.

However, solar panels only have around 15-20% conversion efficiency. If we could increase that efficiency, we could make a big dent in our reliance on fossil fuels.

One way to do this is to research and develop new types of solar cells with higher conversion efficiencies.

Another way to increase the efficiency of renewable energy is to improve the grid system to manage electric power demand and supply better.

We can make renewable energy a more efficient and reliable part of our electric power grid by working on both fronts. While some renewable sources are more efficient than others, all of them have the potential to make a significant difference in the fight against climate change.

We hope this article has helped you learn about the different types of renewable energy and their benefits. What Is The Most Cost-Effective Form Of Renewable Energy?

What Is The Least Efficient Energy Source?

Due to its low overall usable energy efficiency (29 percent of its initial energy value), coal is the least efficient fossil fuel available.

Is Nuclear Energy The Most Efficient?

Yes, nuclear power plants are the most efficient in generating electricity, with an average capacity factor of 93% running around the clock. They are about two times more efficient than natural gas and coal facilities; 3.5 times more reliable than wind and solar power.

Why Haven’t We Switched To Renewable Energy?

We’ll witness a surge in the popularity and utilization of renewable energy once the necessary infrastructure is in place.

How Efficient Is Solar Energy Compared To Others?

The efficiency of solar panels ranges typically from 15% to 20%. Although natural gas has an efficiency of up to 60%, fossil fuels, like coal, only reach up to 40%. All the remaining energy is wasted as heat and cannot be recovered.

How Efficient Is Coal?

Coal-fired power plants throughout the world are currently operating at a 33% efficiency level, according to data from the World Coal Association, a champion of HELE. With today’s most advanced plant technology, 45 percent can be achieved, whereas “off the shelf” rates are 40 percent.

Can A Country Run Entirely On Renewable Energy?

Yes, running a country entirely on renewable energy sources is feasible. Iceland does just that. Hydropower accounts for 75% of its output, while geothermal accounts for 25%. In addition, geothermal energy provides 87% of the country’s hot water and heating needs, thanks to the country’s volcanic activity.

Clean burning refers to natural gas creating far fewer unwanted byproducts per energy unit than coal or petroleum. However, the amount of CO2 emitted per kilowatt-hour is half that of coal, even though it is a fossil fuel. Moreover, it is more environmentally friendly.

What Energy Is Clean But Not Renewable?

Clean Energy refers to electricity produced without releasing any harmful greenhouse gases into the atmosphere. On the other hand, nuclear power is “clean energy” since it has no carbon emissions or contaminants.

Is There A Difference Between Clean Energy And Renewable Energy?

Wind and the sun are two of the most prominent examples of renewable energy, whereas clean energy comprises zero-carbon energy.

According to most research, a global shift to 100 percent renewable energy is technically and economically feasible in all sectors, including power, heat, transportation, and water desalination.

Pellets of fissionable nuclear fuel weigh in at less than one-tenth of an ounce (0.6 grams). Yet, one pellet can still supply as much energy as a metric ton of coal, 128 gallons of oil, or 17,000 cubic feet of natural gas. As a result, nuclear fuel is far more efficient than traditional fossil fuels in power generation applications.

Will Solar Panels Ever Be 100 Efficient?

Scientists have found solar cells to capture all energy from the sun’s rays. Researchers at the National Renewable Energy Laboratory are said to have built the first solar cell with an external quantum efficiency of more than 100 percent.

How Efficient Is Wind Energy?

Depending on its design, between 20% and 40% of the power generated by a wind turbine is converted into electricity. Typically, a wind turbine has a 20-year life expectancy when adequately maintained on a six-monthly basis.

How Efficient Is The US Power Grid?

In the United States, the overall efficiency of primary energy to deliverable work is approximately 33%.

How Efficient Is Nuclear Fission?

Compared to fossil fuels, nuclear fission is over 8,000 times more efficient in creating energy. A lot of force is concentrated in a tiny area. Due to its higher efficiency, nuclear power generates less waste and requires less fuel to run the plant. It is the most efficient energy source for producing electric current. 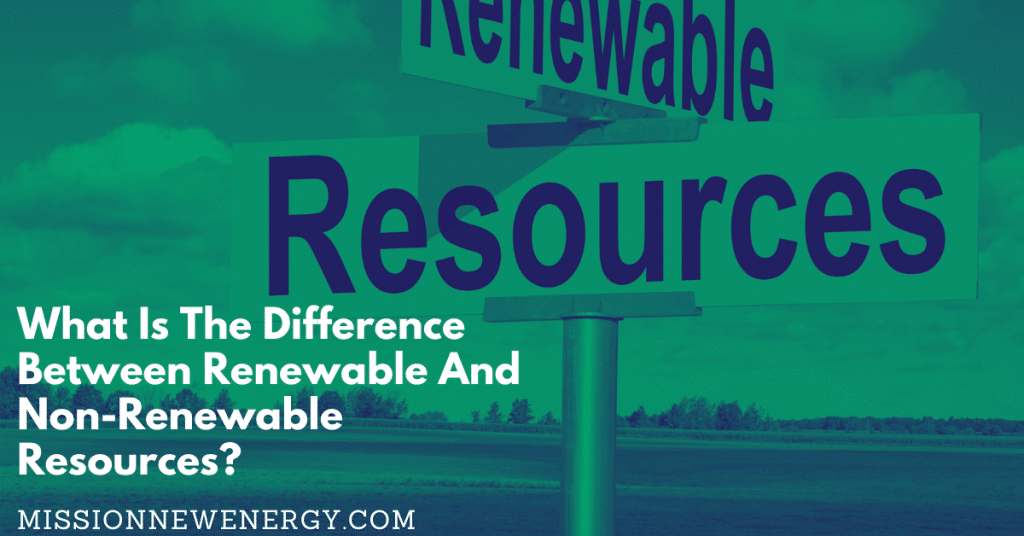 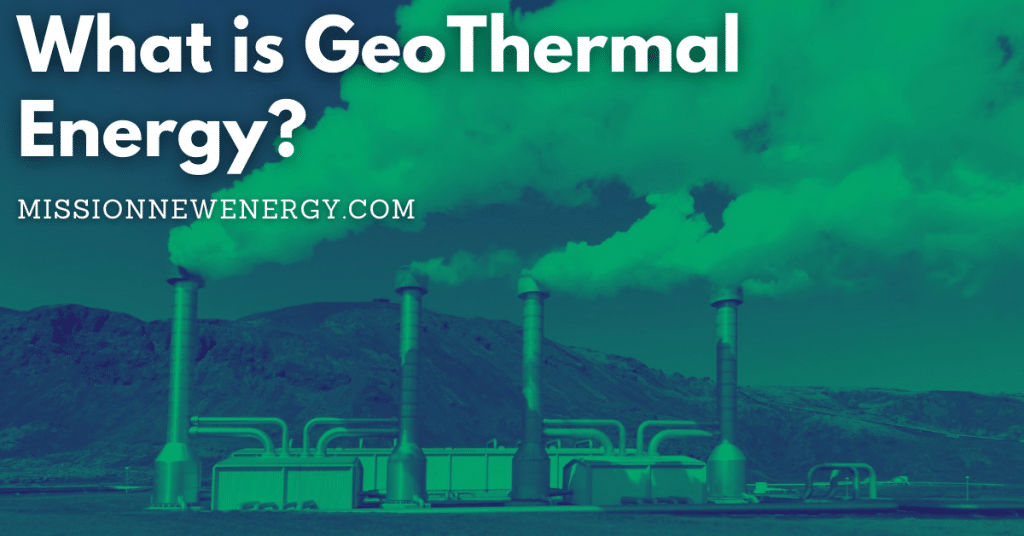