Researchers at University College Cork have found a way to generate a quarter of Ireland’s electricity needs by installing solar panels on rooftops. 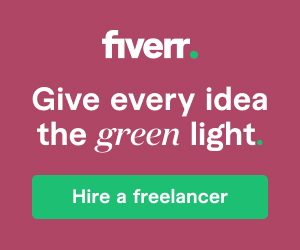 For the first time, satellite imagery and weather data were used to assess every rooftop in Ireland.

Results come as a new solar energy program that allows homeowners to be compensated or rewarded for the excess energy they produce.

The study’s co-author, Paul Deane, stated that even though Ireland isn’t considered a very sunny place, there are compelling economic and environmental arguments to generate electricity from the sun here.

More than 24,000 households have solar PV panels, according to Mr. Deane, who appeared on Morning Ireland.

One million households in Ireland have roof space and orientation sufficient for ten solar panels installed by the Irish Solar Energy Association (ISEA).

Enough to power one-fourth of Ireland’s houses and reach 8 percent of the country’s aim for green power generation while saving 135,000 metric tonnes of greenhouse gas emissions and at least €450 in annual electricity expenditures per household.

Mr. Deane stated that when the system has paid for itself in seven to ten years, “you are providing relatively free and low-cost electricity for the following 20 years or so.”.

For the first time, electricity suppliers can now see how much solar power generated by rooftop solar panels is sent back into the grid through ESB networks.

As a result, electric utilities can now determine how much each residence owes in excess electricity provided by solar panels.

Only two electricity providers have declared that they will compensate customers for surplus electricity fed back into the grid, namely Pinergy and SSE Airtricity.

Backdated payments and credits will also be applied when the legislation authorizing such payments is signed into law.

According to current estimates, solar panels have been put on more than 20,000 private residences.

With rising energy costs and a new payment incentive, more homes will be compelled to make the necessary investment in solar panels.