Solar panels have significant drawbacks as a popular method of generating renewable energy. 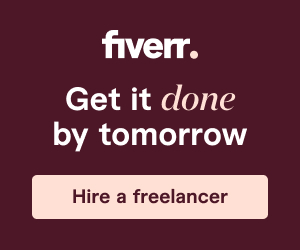 Overcast and wet days might reduce the amount of energy they produce.

For the time being, solar panels cannot function at night unless they receive direct or indirect sunlight.

UNSW Sydney and the ARC Centre for Excellence in Exciton Science researchers have produced an infrared technology breakthrough that could lead to the construction of night-time solar panels, according to a press release.

Thermal-radiative diodes are akin to night vision goggles, according to the researchers.

A press release states, “Thermodynamics was born in the late 18th and early 19th century when steam engines were determined to be more efficient when the temperature difference across the engine was greater.” A solar panel on Earth’s surface is a cold absorber that receives heat from the sun, just like a furnace or boiler. ” In this way, power can be generated. Earth’s infrared emission into deep space makes it appear as if the big vacuum of space itself is exceedingly chilly compared to the Earth’s relative warmth. Temperature differences can also be used to generate power by emitting infrared light into the atmosphere,” according to thermodynamics.

For the time being, the amount of energy generated in the testing is minuscule compared to the output of solar panels, at most 0.001%.

The development of solar panels that can generate electricity even at night appears to be on the horizon since this shows some promise.

For the time being, the group’s focus is on conducting further research and establishing business relationships.

“We normally think of light emission as something that consumes power, but we have proven that it is possible to extract electrical power in the mid-infrared, where we are all shining with radiant energy,” Ekins-Daukes stated. Meanwhile, a proof of principle has been established, and we are anxious to see how much better we can make this result in the following years. “We do not yet have the miraculous material to make the thermoradiative diode an everyday reality.”

A slew of other researchers is working to develop solar panels that can run continuously.

Researchers in Norway, led by Rune Strandberg, was the first to investigate this idea.