Among the most promising new materials for gathering solar energy are perovskites, which have a unique crystal structure. 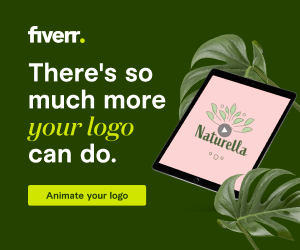 Researchers have already achieved efficiencies comparable to silicon solar cells and are currently striving to put their discoveries into practice.

It is possible to increase the efficiency of solar cells by stacking two or more different cells on top of each other if each layer has a unique ability to absorb light from different wavelengths.

As a result, the solar panel’s overall efficiency, defined as the percentage of incident light converted to power, is raised.

Perovskites are excellent components in tandem solar cells because of their adaptability.

In other words, perovskite-silicon solar cells have attained record-breaking efficiency levels of more than 29 percent compared to individual cells built of perovskite or silicon, respectively.

Tandem solar cells that are lightweight and flexible will be able to be used on trucks and other mobile equipment in addition to building roofs.

Solar panels that can be rolled up for storage and unfolded when needed, such as those in blinds or awnings that generate power while also providing shade, may be a possibility in the future.

According to Dr. Ruiz Preciado, a high-efficiency level has never been achieved with a practically gallium-free copper-indium diselenide solar cell in tandem.

One electron volt is an optimal “band gap” for tandem solar cells, which is why the amount of gallium in the cell has been reduced.

To describe the portion of the electromagnetic spectrum that a solar cell may use to create power, the term “band gap” is often used.

The band gaps of a tandem solar cell need to be set so that the two layers produce similar currents to maximize efficiency.

Changing the spacing between the lower and upper cells requires adjusting the gap between the upper and lower cells.

While bromide-rich perovskites have traditionally been used to alter the band gap, these materials can lead to voltage problems and phase instability.

Since of this, perovskites with a low bromine content could be used as upper layers in tandem cells because the researchers used CIS solar cells with a narrow band gap at the base of tandem cells.

He also said, “it sets the groundwork for future development to improve their efficiency.

PERCISTAND, the EU’s PERCISTAND initiative, and our strong partnership with the Netherlands Organization for Applied Scientific Research have helped us attain this milestone.”

According to the researchers, the additional groundwork was done as part of the German-funded CAPITANO program.